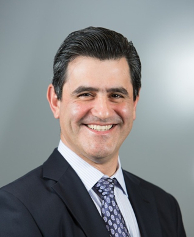 Jose Garza is the Managing Director of Aerospace Composites Malaysia Sdn. Bhd. (ACM). He has been assigned to the position since April 18, 2017. Prior to his appointment at ACM, his last assignment was as the General Manager of Boeing Tianjin Composites, China. Mr Garza had hold various positions during his 19 years tenure with The Boeing Company. Before joining Boeing, he had spent 9 years as a civilian with the U.S. Air Force, specializing in contracting at Lackland Air Force Base (Texas) and at Ramstein Air Base (Germany). Jose Garza holds an Accounting Degree from St. Mary’s University in San Antonio (Texas).