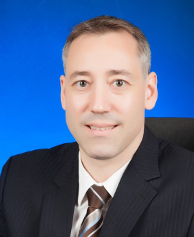 Peter Gille has broad aerospace industry experience in aircraft and turbine engines R&D, operations, MRO, engineering and sales. He is the Vice President and General Manager of TurbineAero Asia and in this role he is the company’s accountable manager covering operations, sales and business development in the Asia Pacific region, Europe, Africa and the Middle East.

Mr. Gille formerly held positions in the Triumph Group as Director of Operations and Engineering at Triumph Aviation Services – Asia between 2006 and 2017, Director of Engineering at Triumph Air Repair in Phoenix, AZ in 2009 and 2010, and in 2008 he assumed the position of Director of Sales & Business development for the Triumph Group covering Europe, Africa and the middle East. Prior to Triumph, Mr. Gille was employed at Sabena Technics in Belgium as Aircraft Base Maintenance Manager from 2004 to 2006, and APU, GSE and Avionics Services manager from 1999 to 2004. His aerospace career began in 1998 as a Production Engineer of the Boeing heavy maintenance hangars of Sabena Technics in Belgium.