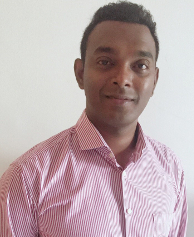 Started out in the aviation industry in year 2000. Holder of aircraft maintenance license from UK ( EASA ) & Malaysian authority (CAAM).

Held various positions started as a Maintenance Control Centre Controller for the fleet of 737 NG and progressed to Maintenance Control Centre Manager handling 737 NG and ATR 72-600 series . Had been on 737-8 MAX induction team( entry into service ) for Malindo Air as the first delivery of MAX aircraft in the world and for Lion Group . Worked closely with Boeing EIS ( entry into service) team on the introduction and Malaysian airport authorities on the new aircraft induction program.