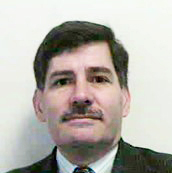 His career path started in 1981 as an engineer at Snecma Laboratory, in the field of materials and testing.

Throughout his years in Snecma Safran, he has been actively involved in developing technologies for both manufacturing and MRO processes for aero engines.

He then left France to USA to be involved in the setting of a new manufacturing facility located called CFAN in San Marcos Texas USA and dedicated for aerospace composite parts and assumed the position of Manufacturing,Engineering & Quality Director.

Now he is also responsible for International Cooperation as Director for South East Asia to enhance the potential collaboration between companies and other players in the aerospace business.

In August 2016, Prof. Ts. Shamsul was appointed as Honorary Professor in the Department of Mechanical, Materials and Manufacturing Engineering by the University of Nottingham Malaysia Campus (UNMC).